This article will teach you how to integrate with Vidyard and publish from your Kapost Instance to your Vidyard platform.

Go to the App Center in your Settings area.

Scroll down below existing connections and select Install More Apps. 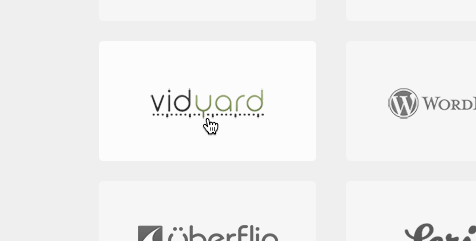 Enter which instance you wish to install it on.

You will be taken back to your instance and asked to name your connection and provide an API key. You can get your API key by contacting Vidyard directly.  Make sure that the API Key you receive belongs to a user who has "write access," otherwise you will not be able to post to Vidyard from Kapost. Click connect.

Now you will want to assign Vidyard as a primary destination with a video content type body. Vidyard connects with posts with video body types.

After you've created your post and are ready to publish, click the Publish button at the top of your post and choose Vidyard as your destination.  Once the post is published, you will be given the embed code and the link.

Here is how to map fields in Kapost to fields in Vidyard:

Have more questions? Submit a request